From the September 2015 edition of the PMA newsletter 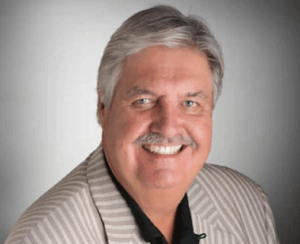 FORMER TORONTO MAYOR and Member of Parliament David Crombie has been appointed to lead a review of the province’s growth plan for the Greater Golden Horseshoe.

The “Tiny Perfect” mayor, with a wealth of experience in dealing with urban issues, is absolutely the right man for the job. But he’s got one heck of a mission ahead.

The growth plan, launched a decade ago, has fundamentally reshaped the GTA, pushing urban development up, not out, and introducing a green belt that has drastically limited the amount of land available for new-housing construction.

The numbers tell the tale: in recent years, as developers have been building in accordance with the provincial growth plan, high-density construction has represented 80% of the total activity in Toronto.

Meanwhile, the green belt has restricted the development of millions of acres of land, artificially constricting the supply of low-rise housing in Toronto’s suburban areas. The consequence has been a severe increase in the underlying value of land in the GTA

A decade on since the introduction of the growth plan, the GTA’s suburban housing situation is nearing crisis levels. In quarterbacking a review of the plan, David Crombie’s prime objective must be to bring things back into balance. Here are four ways he can do that:

Under the growth plan, 40 per cent of development within existing urban areas of Greater Golden Horseshoe municipalities must be of the high-density variety before lower-density projects can receive approval to proceed. This system has only served to exacerbate issues facing low-rise development, limiting supplies of new housing and driving up the cost of existing inventory for homebuyers. And it’s first-time buyers suffering the most as affordability vanishes.

A better approach would be for the province to allow the development process in suburban areas to proceed in its traditional fashion, with the municipality approving a project based on its merits, rather than artificially constraining options for building badly needed lower- to medium-density housing.

2. Bring back a development ombudsman

In the early 1990s, amid a deep recession and an intransigent planning process, Bob Rae’s NDP government created the office of a development ombudsman. The ombudsman facilitated planning applications, identified roadblocks, and generally sped up the development process. He also played a valuable role in reconciling the interests of the province, municipalities and builders, unlocking land for new housing.

With the urban development process so contentious these days, we need an ombudsman again. The province should appoint someone who’s role it is to ensure that sound developments that meet growth plan objectives receive timely approval. This could reduce or eliminate the need for every other development proposal to end up before the Ontario Municipal Board, a costly and often aggravating process.

Before 2005, builders could apply to a municipality to have urban boundaries expanded to include lands they wished to develop. Builders were also able to “upfront” the costs to develop and service these sites, so land that otherwise might have been left dormant for decades was able to be brought forward for development, ensuring a healthy supply of new housing.

Changes to the planning act in 2005 put an end to this provision, and today only the municipality can initiate an urban boundary expansion (which, given intensification directives, rarely happens). We need to rekindle the entrepreneurial spirit that was alive and well prior to 2005 by giving builders back the ability to pioneer new lands and upfront the costs to develop them. The municipality can still say no.

The artificial constriction of land supply in the 905 has pushed house prices to exorbitant levels, and driven homebuyers looking for detached homes or townhouses to the existing home market. But the GTA resale market barely has enough supply itself, with only 10,000 units (a market in balance is between 25,000 to 28,000 units). Small wonder we’re seeing bidding wars and homes selling for way over their asking price.

The market could be brought back into balance through the introduction of a provincial guideline that stipulates the maintenance of a minimum one-year supply of land for development across suburban parts of the GTA, enough for 20,000 units. This would bring stability back to the market, and, more important for buyers, it could help moderate dangerously escalating home prices.